What to serve for a last minute vegan Christmas dinner

We’ve all been there, we get someone’s house for dinner, and the host realises that no-one’s told them you’re a (whisper it!) VEGAN!! However, there’s no need to panic because now that veganism is becoming more mainstream there are a wealth of choices available in supermarkets to cater for vegans. I had a scout around the local Sainsbury’s and found a whole host of vegan treats. I’ve also listed some of my favourite food blogs below for vegan recipe inspiration.

Everyone can now enjoy classic buffet staples with these vegan sausage rolls and vegan prawn pieces.

And if, like me, you’ve ever wondered what a ‘schnitzel’ is, you can now enjoy one. (Apparently it’s usually a thin slice of white meat coated in breadcrumbs and fried)

There are lots of tasty and imaginative options for mains. Something like this ‘pulled veggie’ could be teamed with rice, guacamole and salsa for a Mexican style dinner. The picture on the package made me smile.

These rather realistic looking beef style strips could be fried with onions and peppers and served tin tortillas to create fajitas.

These smoked hotdog sausages could either be a guilty pleasure served in a finger rolls with copious amounts of yellow mustard and ketchup, or they would make a great sausage casserole.

This ‘mincey’ looking mince is so versatile it could be used to make a spaghetti bolognaise, shepherd’s pie or combined with vegetables and used to stuff peppers.

These Chickpea and Butternut Balls are an unusual alternative to the ‘meat’ and two veg meal.

I quite liked the sound of this falafel pizza and it looks lovely and full of vegetables too.

No post on vegan food would be complete without a mention of a popular staple: sausages. I imagine that the sausages above would be an easy way to adapt the usual roast dinner, with the addition of mashed or roast potatoes and veg. We are spoiled for choice for vegan sausages, with the smokey bean sausages and Cauldron vegetable sausages in the freezer section. If you like your sausage more ‘sausagey’, these tofu ‘Tofurky’ sausages from the fridge section look like they might fit the bill.

There’s quite an impressive array of ‘ice-cream’ in the freezer section. I’ve heard that vegan ice-cream – or ‘iced dessert’ as its sometimes labelled – is even better than normal ice-cream. I’m not quite sure so I try to give myself as many opportunities to try the vegan ice cream as possible. I’m so selfless. I many never discover the answer but I’ll keep trying.

I even found a dairy free chocolate cheesecake which I think I need to test out next.

So fear not, should an unexpected vegan make an appearance at your festive meal, there are lots of quick and easy fixes in the supermarket.

Written by Verity Payne at wowitsvegan.com

If you’re near Farringdon, here’s a great reason to give @Flipside_food a go! https://t.co/xNkYGv44gW
View on Twitter 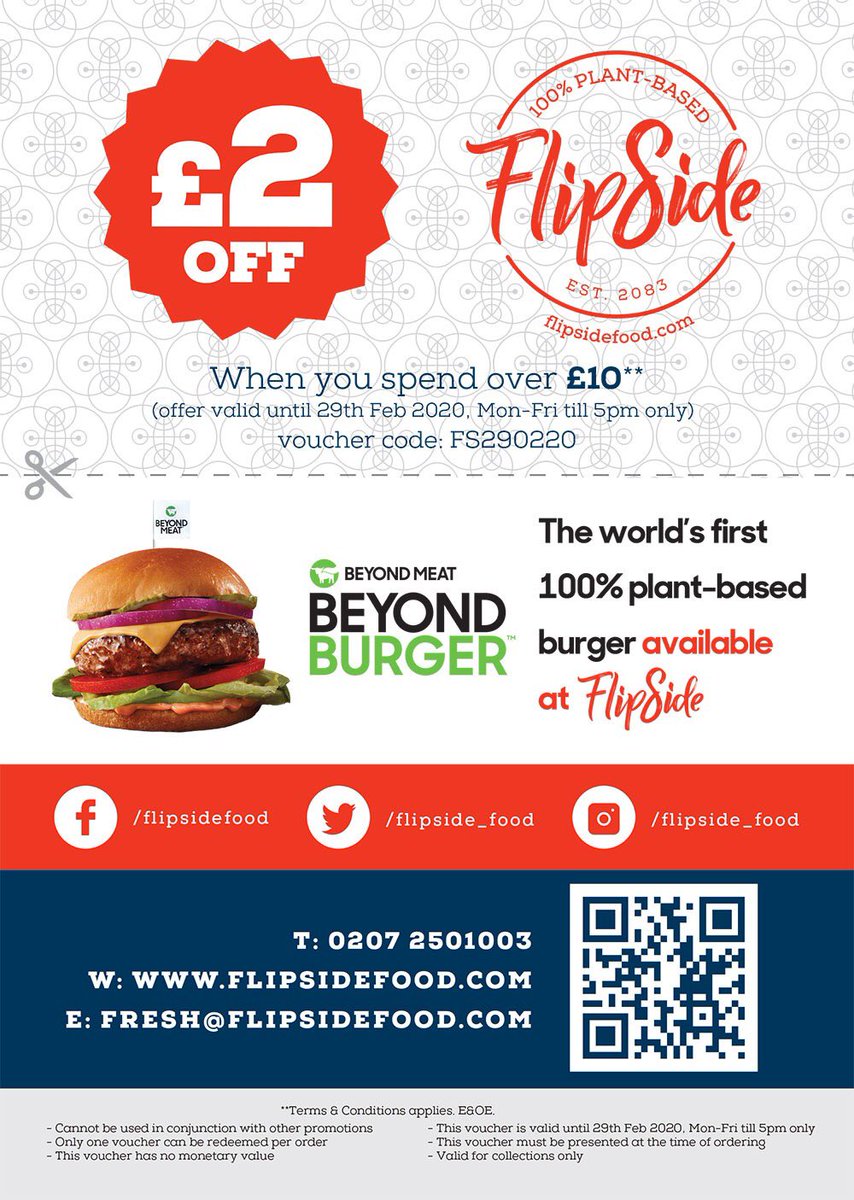 flipside_food @flipside_food
A Flipside burger and fries just got even more enjoyable! Show this voucher when you spend over £10 to get £2 off!

Couldn’t resist this! Thank you @CostaCoffee for this delicious sandwich #vegansandwich https://t.co/flEpvRZ8ko
View on Twitter 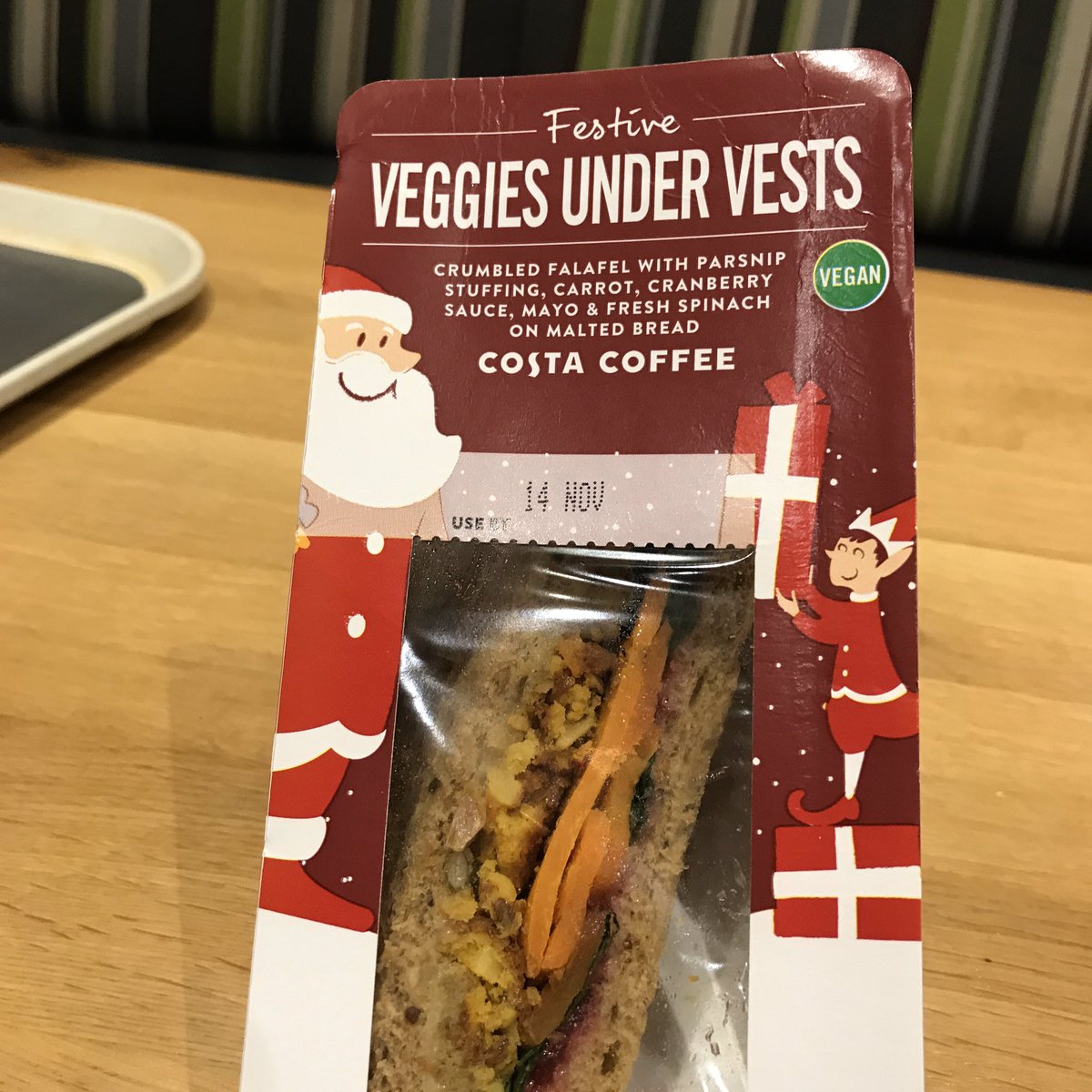 If you’re in #Farringdon today... https://t.co/GI3OSleHxa
View on Twitter 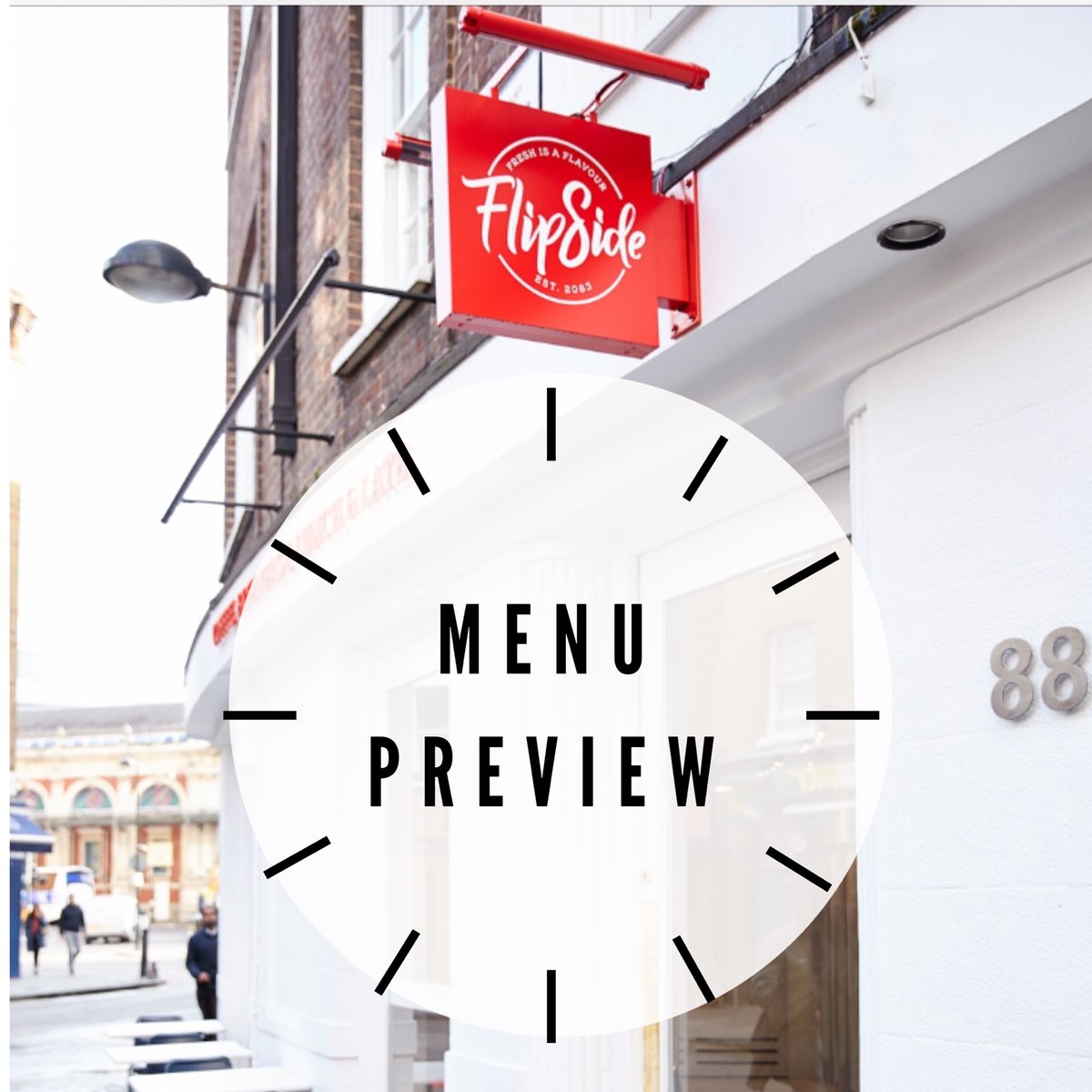 flipside_food @flipside_food
Taaa daa! We’ve beeen working on a flippin’ fabulous new menu and would love to give you a sample. 😋Come by this morning and lunchtime to get a taster! 🍔🍟🌭🌯🥙🥗 #farringdon #veganfoodlondon #Friday https://t.co/y3BnrtlIX2
0
0

So true!! #veganpizza is the best! https://t.co/b18IGqmrE2
View on Twitter 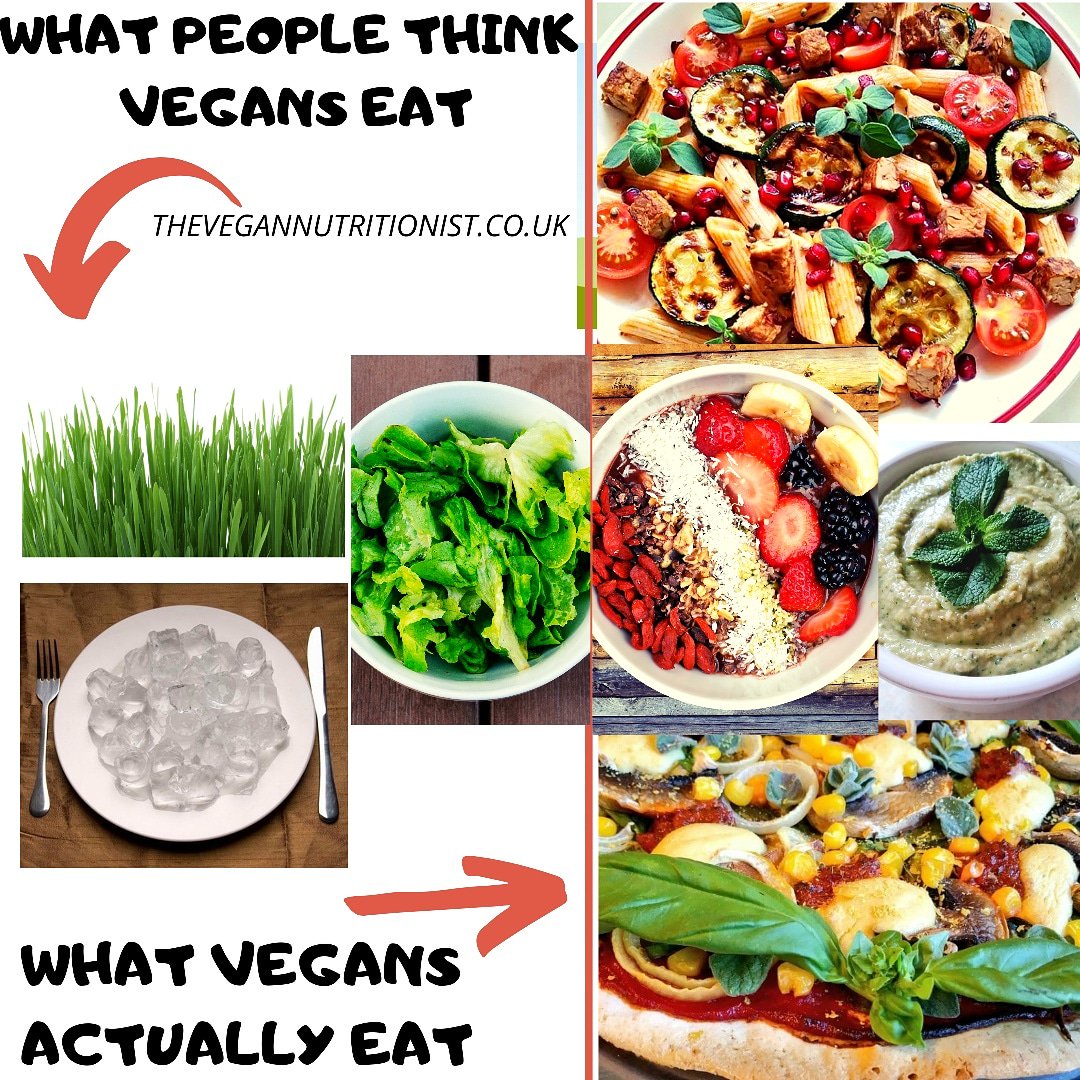 The Vegan Nutritionist Ⓥ @vegannutrition1
Vegans don't live off "rabbit food", this is far from the truth. Vegans eat a wide variety of foods including #pizza, pasta, burgers, sausages, lasagne, noodles & cheese, all that be made meat/ #dairyfree!
So yes a #vegan can enjoy a #salad like anyone can but it's not all we eat. https://t.co/3S5xaAVUPp
1
1

Great that these guys are doing something about climate change 👍 Great work. https://t.co/urKF3kIrXp
View on Twitter 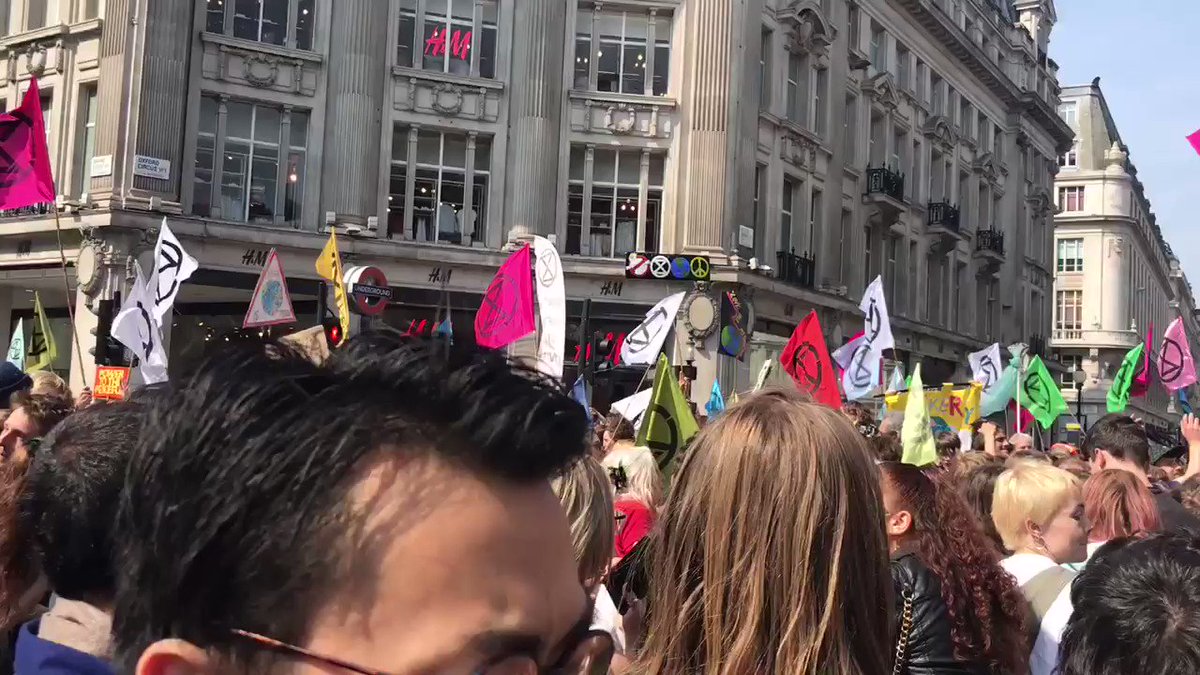